If you want a fire & rescue service that keeps you safe, then your vote matters on the 6th of May. I am not a member of a political party and my vote is not guaranteed to any particular party. That is because none of them have policies that I am in full agreement with, so when I vote I consider the candidates, their policies, and their performance.

Whilst campaigning in support of our fire & rescue services I have engaged with politicians, local and national, from every political party that will listen. The one conclusion I have come to though is that Conservative candidates do not deserve our support. Nationally and locally, they have done immense damage to our fire & rescue service and we are all less safe as a result.

Before you vote, here are a few things to consider about the damage Conservatives have already done to Devon & Somerset Fire & Rescue Service. 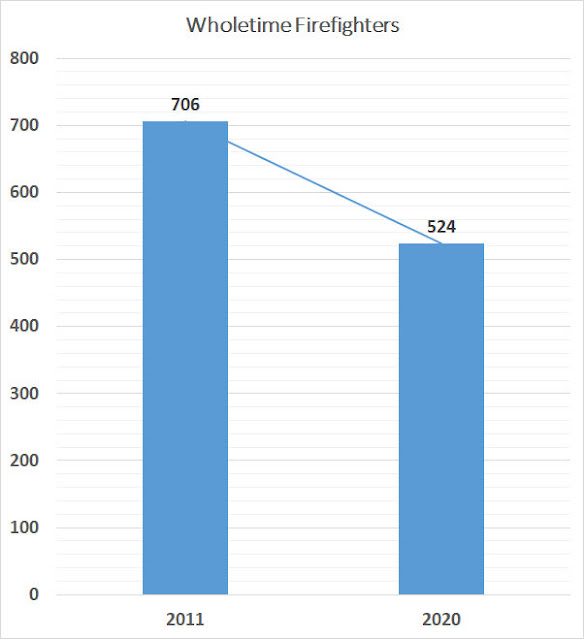 Wholetime Firefighters have been cut by over a quarter, which means greater reliance on Retained (On Call) Firefighters. They are not always available, and their numbers have also dropped by 14% over the last ten years. That means:

You are likely to wait longer for help to arrive as response times have been increasing, especially in rural areas.

When a fire engine arrives it is more likely that it will not have enough firefighters onboard to take effective action.

If you are lucky, that fire engine may be a fully equipped one.

If you are not lucky, it will be one with a reduced amount of water and equipment.

If you are really unlucky, it will be one that has a greatly reduced amount of water and equipment.

Just look at how things have changed in Plymouth. Two fire engines used to arrive at property fires in most of Plymouth within five minutes. Now, with the exception of locations near Greenbank fire station, at best one may arrive in five minutes but the second will have to travel further and will take longer.

To make matters worse, the one remaining aerial appliance does not have a dedicated crew, which means that if the available firefighters are out on another call, another aerial appliance has to be sent from Torquay or Exeter. There are now just seven to cover the whole of Devon and Somerset, with no spares if one needs servicing or is defective.
Only today, two of the seven aerial fire appliances were needed at a fire in Exeter. 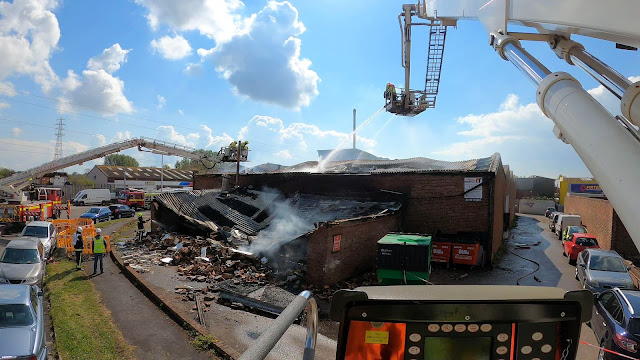 Photo from DevonLive report
None of the aerial fire appliances now has dedicated crews, which means that when needed the nearest may be sitting on the fire station unused, whilst another is sent from a station up to 60 miles away. Not much help if you are trapped beyond the reach of other fire service ladders.

The effect of the latest Conservative Cuts

The fire station at Budleigh Salterton has been closed and a total of nine frontline fire engines have been removed from the two counties.

When a third fire engine is required for a second or larger incident, in Bridgwater, Taunton, Torquay or Yeovil, it takes longer as it must travel from another town.

When a second fire engine is required for a second or larger incident, in Crediton, Lynton, Martock or Totnes, it takes longer as it must travel from another town.

The public made clear that they did not want fire stations at Appledore, Ashburton, Colyton, Kingston, Porlock and Woolacombe to close. Fortunately, they did not close this year, but the Conservatives have not given any assurance that they are safe. They said they "will be subject to periodic review", which means the axe is still hanging over them.

There is also no assurance that 24x7 protection by Wholetime Firefighters at Barnstaple, Exmouth and Paignton is guaranteed. Plans for a less reliable and slower response in those areas are still a threat.

Nationally and locally the Conservatives have been happy to put the public and firefighters in greater danger with fewer fire stations, fire engines and firefighters. Their plans already indicate that, if they remain in control, things will only get worse.

Our Fire & Rescue Service is not safe in Conservative hands

If you want a fire & rescue service that keeps you safe, then your vote matters on the 6th of May. I  am not a member of a political par...

Tony Morris
I spent 32 years in the fire service in Bedfordshire and West Sussex. My last six years in the service were as Operational Planning Officer responsible for contingency planning. I was then Senior Emergency Management Adviser for West Sussex County Council for 15 years, covering all areas of emergencies and business continuity. I served on several inter-agency groups at local, regional and national level dealing with major incident procedures & training, maritime and airport emergencies, incidents involving hazardous materials (CBRN, COMAH etc.), telecommunications and other critical infrastructure. I have studied how fire services operate and how major incidents are handled in different parts of the World. All this has given me a good understanding of the complexities of emergencies and how to deal with them, as well as a keen eye to spot inadequacies in planning, training or resources. Now fully retired I am free to challenge ill-considered cuts to the fire & rescue service and my blogs are intended to alert the public to the truth behind the spin. The first blog covered West Sussex, where I live, and the second Devon, where I was born and raised.